All links on this site are affiliate links. We receive a portion of each sale made through the links

Jeffrey Preston Bezos Jorgensen is the founder of Amazon an Blue Origin. Attaining a net worth of around $200 billion, Bezos is the second-wealthiest person in the world.

At the time of Jeffrey’s birth, his parents were both teenagers. After his parents divorced, his mother married Cuban immigrant Miguel “Mike” Bezos which is how Jeff got his last name. Growing up, Bezos displayed scientific interests and technological prowess, and once rigged an electric alarm to keep his younger siblings out of his room. In High School, Jeff worked at McDonald’s as a short-order line cook during the breakfast shift. He was high school valedictorian, a National Merit Scholar, and a Silver Knight Award winner. In his graduation speech, Bezos told the audience he dreamed of the day when mankind would colonize space. He graduated summa cum laude from Princeton University with a 4.2 GPA and a Bachelor of Science in Engineering degree in electrical engineering and computer science.

After college, Jeff Bezos was offered jobs at places like Intel, Bell Labs, and Andersen Consulting He first worked at Fitel, a fintech telecom start-up, where he worked on building a network for international trade. Bezos was promoted to head of development and director of customer service soon thereafter. Later he transitioned into the banking industry when he became a product manager at Bankers Trust. After he then joined D. E. Shaw & Co, a new hedge fund with a strong emphasis on mathematical model where he became the group’s fourth senior vice-president at age 30. 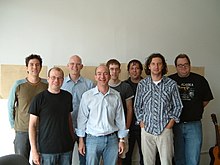 In 1993, Bezos had the idea to build an online bookstore. He left D. E. Shaw and founded Amazon in his garage the next year. Before settling on Seattle, Bezos had looked into setting up his company at an Indian reservation near San Francisco in order to avoid paying taxes. Jeff Bezos initially named his new company Cadabra but later changed the name to Amazon after the Amazon River in South America, in part because the name begins with the letter A, the first letter of the alphabet. He got $300,000 from his parents and help launch Amazon. Amazon was originally an online bookstore, but Bezos had always planned to expand to other products. Just three years after Bezos founded Amazon, he took it public.

In 1998, Bezos diversified into the online sale of music and video, and within the year Amazon’s products also included consumer goods. Bezos aggressively raised early on acquire smaller competitors. In 2002, Bezos led Amazon to launch Amazon Web Services, which compiled data from weather channels and website traffic After the company nearly went bankrupt in 2002, he closed distribution centers and laid off 14% of the Amazon workforce. In 2003, Amazon rebounded from financial instability and turned a profit of $400 million. By 2008, Amazon was recognized as the largest online shopping retailer in the world.

In 2013, Bezos purchased of The Washington Post for $250 million in cash, at the suggestion of his friend, Don Graham. He established an LLC Nash Holdings to serve as a holding company through which he would own the newspaper.

Bezos also makes investments through his venture capital vehicle, Bezos Expeditions. He was one of the first shareholders in Google in 1998, when he invested $250,000. That investment resulted in 3.3 million shares of Google stock, worth about $3.1 billion in 2017. Bezos’s healthcare investments, also include Unity Biotechnology, GRAIL, Juno Therapeutics, and Zocdoc. In 2018, he announced a healthcare venture named Haven which partnered with Amazon, JPMorgan, and Berkshire Hathaway. Bezos also supports philanthropic efforts through direct donations and non-profit projects funded by Bezos Expeditions.

His wealth, in 2017–18, equaled that of 2.7 million Americans. During Covid Bezos’s fortune had grown by $24 billion, most likely from a surge in demand from households on lockdown shopping on Amazon

The Remains of the Day

Memos from the Chairman

Peter Thiel is a German-American the co-founder of PayPal, Palantir Technologies, and Founders

How Does Coinbase Work?

Honest Analysis of Polygon vs Ethereum 2.0